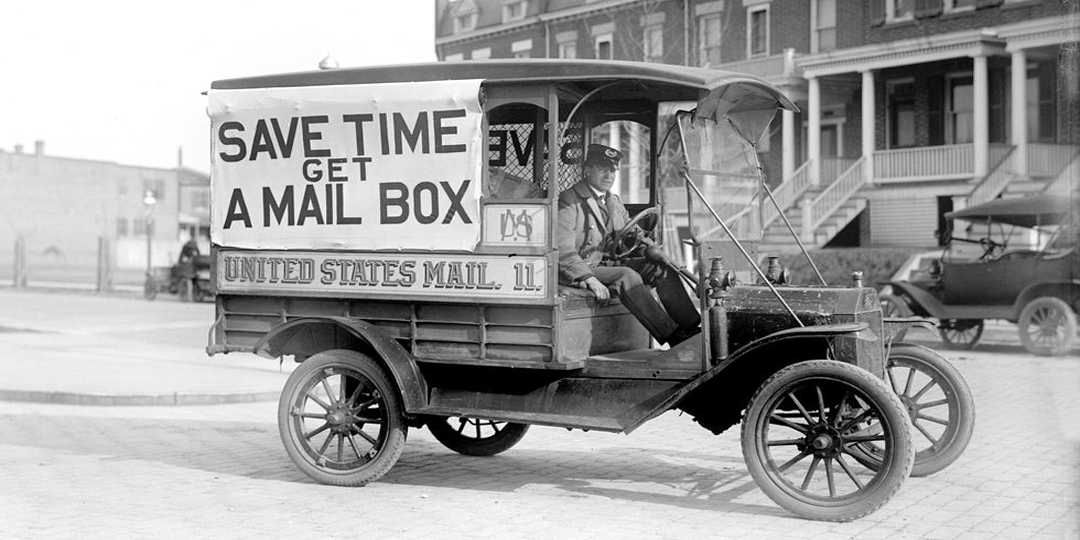 8 Interesting Facts About The History of Courier Services

Did you know that the Ancient Egyptians created a courier service in 2000 BC? The letters would be sent in a box down the river Nile escorted by a guard.

It is rumoured that the earliest form of post can even pre date this in as early as 521BC by Cyrus the Great in Ancient Persia. He was believed to have set up roads to transport post (primarily his decisions, then general mail) between his citizens and neighbouring cities.

Being a courier is one of the oldest professions known to man, becoming a vocation in the Middle Ages and evolving as royal courts began paying messengers to transport their mail, we want to share some interesting facts about the courier services we now know, and love.

1. Beginnings of the marathon 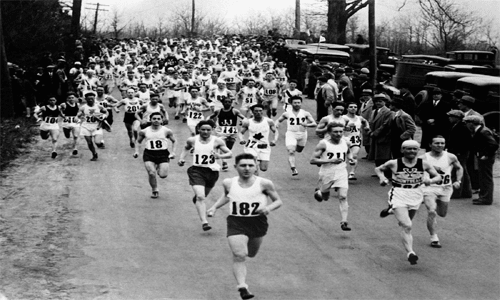 Today, communicating via mail is all but extinct. With modern technology connecting us with ease, there's just no need to send messages via carrier pigeon and they'd probably never receive it! No wonder - the word 'courier' comes from the Latin word 'currere' which means 'to run'.

The word Marathon itself originated in reference to a Greek messenger who ran 'currere' 26 miles after The Battle of Marathon to Athens to announce their defeat of The Persians. The messenger promptly died on arrival, so it was memorialised with the marathons we see today. 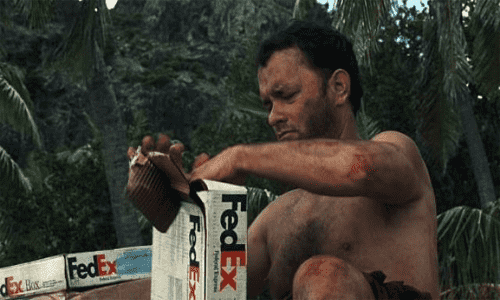 While couriers mostly work behind the scenes to transport our packages FedEx has carved a path for these ambitious courier companies and donned the silver screen many a time. Featuring in Castaway for example, where Tom Hanks was a dedicated employee. Hanks' character leaves one FedEx package unopened whilst on the island, as a reminder of what he needed to do to survive. FedEx have been asked over the years about what was inside this package and have said it contained a satellite phone, GPS locator, fishing rod, water purifier and some seeds, shame he didn't open it! Julia Roberts was also helped by a FedEx van in Runaway Bride. Both UPS and FedEx can be seen in Cash Cab, Zombieland, Stormchasers, and even Cars.

There's actually subtle references in many a film if you only look out for them. Packages delivered featuring logos, branded vans driving past. if you watch most films and really pay attention, you'll be surprised quite how many well known brands you'll see.

3. Items that were shipping 100 years ago 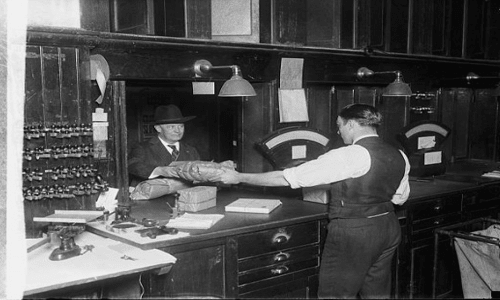 A century ago, when the early parcel systems were implemented, you'd be surprised at the type of things people would try and send! The rules and restrictions were often hard to access while some people just didn't bother to read them! Here's a few excellent (and funny) examples of that!


At Interparcel we make it as clear as possible what can or can't be sent in our restricted and prohibited items list so you won't have any issues once your goods are on there way.

4. Being a courier wasn't for the faint-hearted 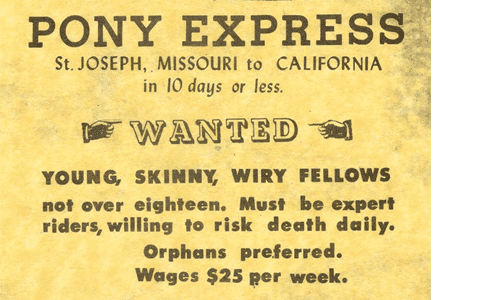 The Pony Express was a courier service that changed the game. Operating during the U.S Civil War while the California Gold Rush brought 300,000 people from throughout the U.S and abroad to Sierra Nevada, they were credited for the speed and efficiency of shipping packages in America (our services can do better if we do say so ourselves). This need was undoubtably made greater by the discovery of gold and so sending letters and packages was of uptmost urgency.

Couriers at this time shipped packages from the East to the West Coast in just 10 days by horseback. But this job wasn't easy. The job description for Pony Express couriers read, 'Wanted: Young, skinny, wiry fellows not over eighteen. Must be expert riders, willing to risk death daily. Orphans preferred.' Not overly appealing we'd say.

Started by two teenagers, James E. Casey and Claude Ryan, the two boys borrowed $100 and set up shop for the American Messenger Company in a cellar beneath Ryan's uncle's tavern in 1907 Seattle. Then changing their name to United Parcel Service, they employed Charles Soderstrom whose idea it was to paint their trucks brown (it covers dirt and grime). UPS is one of our trusted couriers here at Interparcel, their services are reliable and fast at discounted prices - they've come a long way from that cellar! 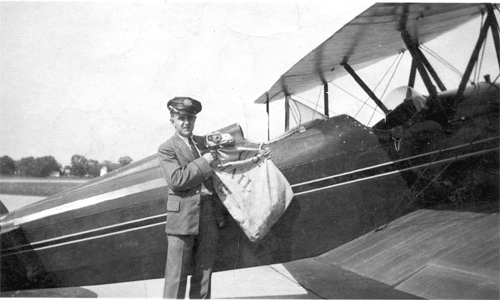 The origins of the word 'post' dates back to the Romans being latin for the word 'placed'. They have a two tier system even back then. They had 1st Class that was more speedy and travelled by Horse, and the slower 2nd class option making its way by ox cart. These services much later developed into the Express & Economy services we know today.

The word 'mail' actually does derive from the word 'male' believe it or not! Somehow, this has nothing to do with gender. 'Mail' was spelt 'male' until the 17th Century when it became separated. The word 'male' used to be known as a 'traveling bag', but we think it's a pretty great insult regardless!

Back in May 1918 the first air-transported shipment was sent from the U.S. At that time packages were mostly sent via train, truck, or motorcycle (we still do this now thanks you CitySprint). So sending packages via air was a big deal and has long since become a tried and true means of transporting parcels. We know how useful these developments in transportation can be, especially when importing goods into the UK from across the globe!

Between the years 1927 and 2003, The London Underground was used as a courier service and called it 'Mail Rail'. Although it had a long run, it was eventually phased out as it became much more expensive than modern courier services like Parcelforce and DPD.

At Interparcel we've worked to develop a way of shipping parcels that makes it as easy as possible. Our discounted shipping services allow people from all over the world affordable courier solutions so they don't have to run 26 miles or risk their lives on horseback to deliver excellent services. Learning from the history and innovations courier services have worked to provide, we bring together the best low-cost shipping services so our customers can ship what they need to (no cats please) with zero stress!

Be the first to hear about our promotions, discounts, updates and much more... 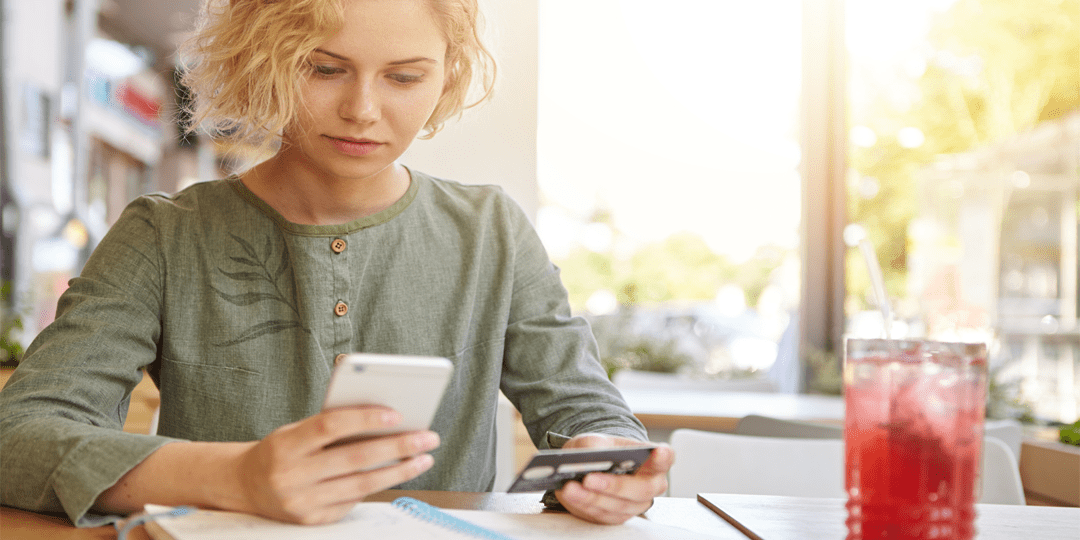 High Street vs Online Shopping Statistics UK 2020
On leaving 2019, high street sales fell and the outlook was bleak. The Office for National Statistics noted retail sales dropped as household spending in high street shops plunged by 0.6%, compared to the previous month. Alarm over...
Read this article 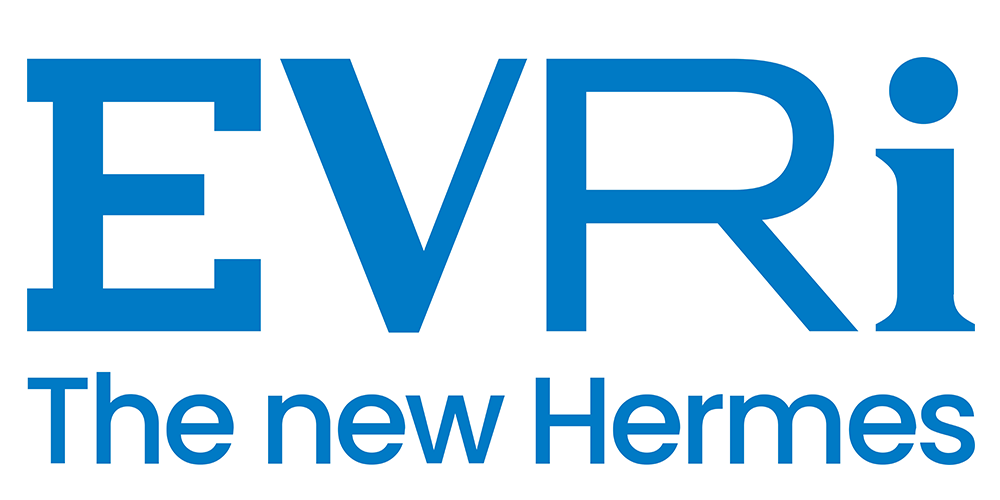 Hermes has rebranded to Evri
One of our delivery partners has a new name: Evri. Following significant investment and two years of dramatic growth, Hermes is going through a major transformation programme and the rebrand is reflective of that change. Evri is...
Read this article 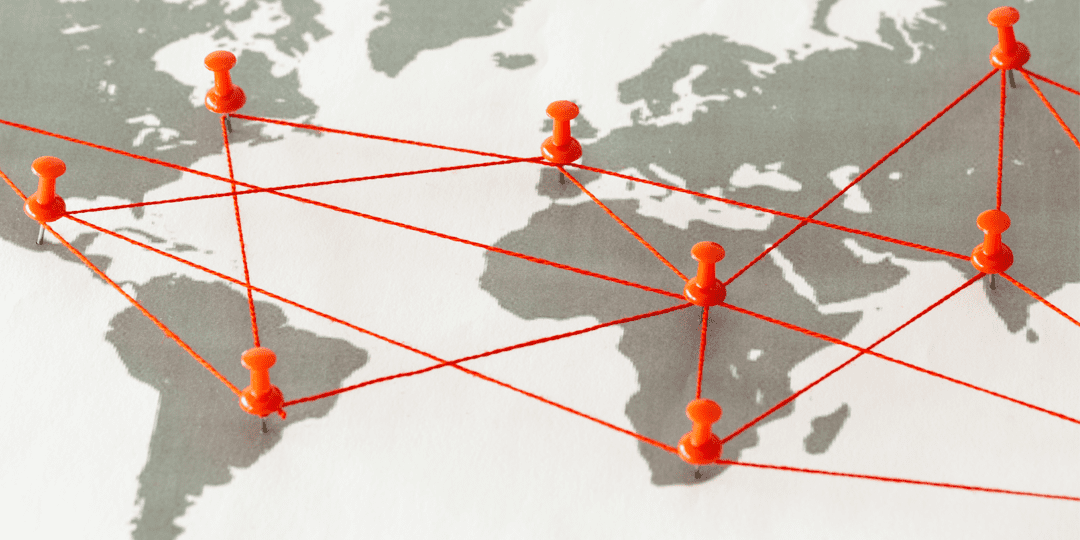 EORI number: What Is It and Do I Need One?
Let Interparcel be your one-stop-shop to all things EORI and Brexit. The New Year has arrived and changes have come with it. For businesses or sole traders who intend on selling their products outside of the UK, including the EU, an EORI...
Read this article 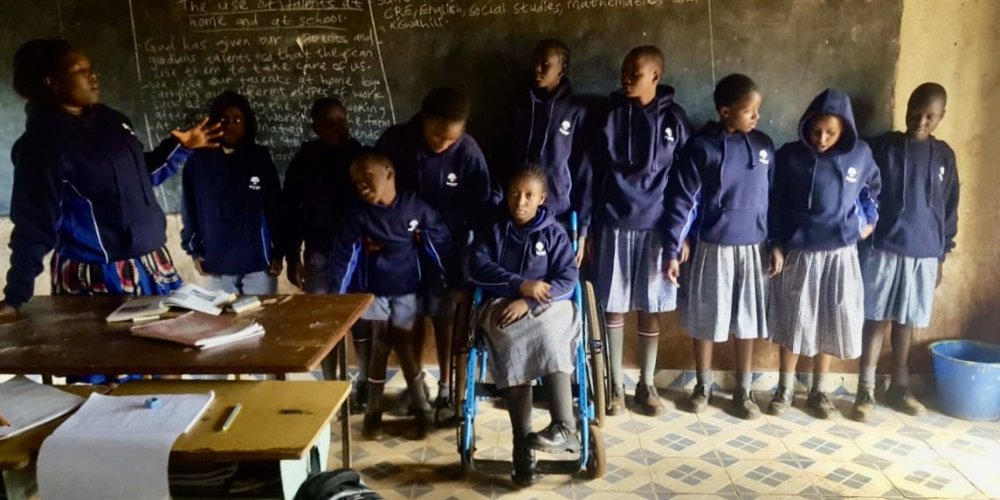 Hoodies for Kitale, Kenya
The Aquinoe Learning Centre was founded in 1998 providing an inclusive education for children in and around Kitale, Kenya. Pupil numbers vary from 120-200, many from very poor families. Over 20 of the pupils have physical, sensory or...
Read this article 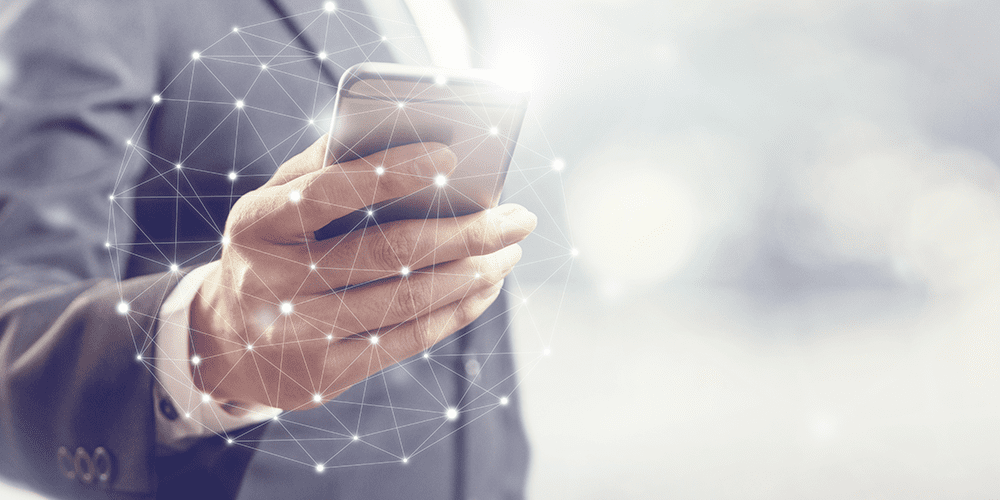 Interparcel have joined LinkedIn!
In April 2021, Interparcel UK published our first ever post on LinkedIn! LinkedIn is the world's largest professional network with over millions of members in countries and territories worldwide. It helps businesses and professionals...
Read this article