0
Get A Quote
Business

Send a Parcel to Angola

Collection and Drop Off services available 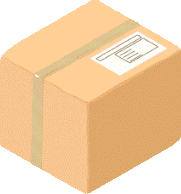 Situated in the West of Africa, The Republic of Angola as it stands is one of the fastest growing economies in the world. Sharing borders with The Republic of Congo, Zambia and Namibia, Angola has played an important role as a port for European colonies since the 16th century.

As an increasingly key player in global trade, Angola has no shortage of natural resources, particularly gold, oil and diamonds, which make up most of its national income. As demand for these resources has grown and so has the demand for shipping links to and from the nation.

If you're looking to send a parcel to Angola, with Interparcel it's a simple affair. We compare prices of the globes more reliable and recognised couriers and find you the best service and price to suit your needs.

It's not only price that makes us stand out either, it's our years of experience and our dedication to providing excellent customer support. We can be trusted as it's always easy for customers to get in touch with us for help or advice. 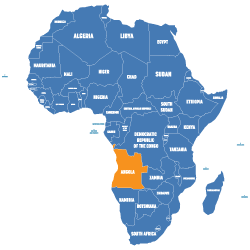 On a daily basis, we successfully send thousands of parcels internationally to over 250 countries and territories. Offering some of the cheapest or fastest delivery options, our services include a wealth of shipping options to Angola.

All services are fully tracked so that you can monitor your parcel's progress. The majority of options also feature Inclusive Transit Cover so that your parcel is protected.

When booking with Interparcel, you can send a parcel to Angola from as little as £31.60.

Simply enter your parcel details in our Quote Tool to receive an instant online quote.